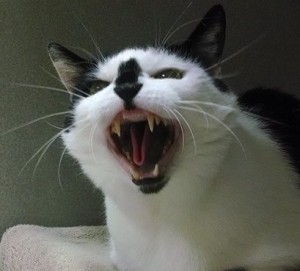 Hi guys it’s Winterbreeze with my second article. I chose to do top battles because I am rereading the entire series and am remembering all the death and fighting that I just crave. Just to clear it up, I am not doing them in any order. I am just putting the battles I like the best in random order. So don’t get confused.
So here it is…

-Starlight battle. Mudclaw and Hawkfrost vs. Onewhisker and some windclan cats
This is one of my favorite battles. I barely remembered it until today when I finished starlight. This battle did a few things that I liked. One was a very big thing, it got me thinking. I just couldn’t stop thinking about the creepiness and just evil plot perfectness the whole time. I found it really cool when Thunderclan were discussing things and they led a patrol to windclan, then got there just as the battle began. I also loved how it was really dark and just interesting with all the cats helping Mudclaw, that we didn’t really expect. I also really like that part when the two Shadowclan warriors barrelled into lLeafpool and fell off the cliff, and then there was that part with Leaf+Crowfeather that was so dramatic and awesome.
That’s all for this war.

-The Last Hope giant war. Dark forest cats and some clan cats vs. Starclan and other clans
I’m pretty sure this was the biggest battle in all of warriors. I liked it because all the dead cats, evil and good, came to fight each other, and all the good ones went in to the figHting knowing they might die. It was also really sad but interesting to see so many characters dying and turning good or evil.

-The First Battle, Battle. Tall shadow’s group vs. Clear Sky’s group
I like this battle because it is very interesting and it has lots of suspense. It was written really well, and you can feel the tenseness, the anger and the emotions. I really found it interesting, and sad. Especially when Jackdaws Cry and his sister kill each other. I think the part with Gray wing and Clear Sky was just amazing.

Well that’s all. I hope you enjoyed my second article. Now…what to do next