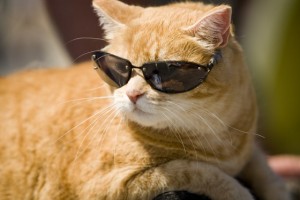 I’ve been reading warriors for a long time, for 8-9 years after picking it up when I was in 5th grade. One thing I’ve always gotten a kick out of was coming up with warriors names. It was just so entertaining to me, and I’d love both inventing them and seeing what names other people would come up with. I used to spend a great deal of my middle school days inventing warriors names as I spent hours playing on warriors role play sites, until high school came along and it got too hard to keep up with it.

But once I get out of high school and I start to get back into warriors. I had an urge to role-play it again and I found what looked like a pretty cool warriors rp group.
I won’t go into details but basically you had to submit an application to join, you had to have an in-depth description of your cats and then you’d have to go through a ‘audition roleplay’. Now, I’ve been writing for years now so I figure ‘piece of cake I’ll do this, and then I can enjoy some real good warriors rping.’

Sadly, I didn’t even make it to the audition roleplay, because the mod said my warriors names didn’t work, and weren’t “proper warriors names”.
I’d given the mod two cats I wanted to make and their names were Speedhawk and Quickpaw. I was feeling mighty proud of my good work with my submission and the mod told me that none of them were usable and I had to go back and either make new names, or leave. There was nothing wrong with their character profiles, their colors, they didn’t have special powers or anything, it was just their names.

According to them they said that a warriors cat name should relate to their appearance, as that’s what most mothers would see once their kits were born. They wouldn’t find out how quick or speedy they were right off the bat so why name them that?
So in short they said a prefix should be solely based on a cats appearance, as a queen wouldn’t know anything else about a kit to go on when naming them.
This is a fair point I admit, many names are given to cats in the books based on their appearance, (like Firestar was named for his bright orange pelt), after a plant (Brambleclaw is named after brambles), or after another cat (Hollytuft is named after Hollyleaf who she resembles).

But then how do you explain names like Swiftpaw, Runningwind, Hootwhisker, Brightheart, Hopkit and Windflight? None of these are connected to appearances. There was admittedly a Swiftbreeze before Swiftpaw was born, but then where’d Swiftbreeze’s prefix come from?
Also although cats are named after plants, I’m fairly certain cats like say ‘Leaftail’ (I’m leaving out Leafpool because her name came from Leafstar and Spottedleaf) don’t resemble the green leaves on trees, maybe the brown when they fall but still.
In Leafpool’s Wish, we also see Squirrelflight naming Hollyleaf simply because she wanted to (There might’ve been some other reason, but I can’t quite recall if there was), and Leafpool waiting to name Jayfeather because she wanted to see him with his eyes open hence naming him Jaykit.

So with this examples the argument could be made that kits could be named different things that aren’t just referencing their appearances, and simply because a parent could want to name them that. After all, if cats just named them solely off of appearances, then how come we have an extreme lack of say ‘Gingerkit’ or ‘Stripekit’ or heck even ‘Brownkit’? Most likely due to cats not wanting to overuse the heck out of redkit, every time a kit has red fur. They want to mix it up a little.
Plus, when naming a cat something like Speedkit, a whole lot of names become available when they’re named a warrior. For example if you add the suffix ‘hawk’ making the cat’s warrior name Speedhawk, it could be a reference to their style of fighting. They could be from SkyClan, used to jumping and their fighting style could remind cats of a speeding hawk dive bombing its prey.

Or it could just lead up to a really cool warrior name, I mean Swiftbreeze, Windflight and Runningwind are all really cool names. There’s the possibility that these cats are really fast (and thus named after it). More likely I’d bet its partially cause the leader had fun thinking up their names and then proceeded to pat themselves on the back for coming up with names that are so cool. I mean, why would you want to be named something like Brownfur when you could be named something like Faststrike, or Braveclaw, or Swiftwind, or Brightspark? A name that’s related to your personality or skills rather than just the color of your fur.
However, there’s one other thing, in Warriors there’s a ceremony where a cats name can be changed like in the example of changing Lostface’s name to a name that truly represented her, Brightheart. So, technically cats can have their names be changed in certain circumstances (White-Eye to One-Eye, Sparrowpelt to Halftail, Hopkit to Deadpaw)
But in almost all these cases (besides Brightheart’s) they all sort of had negative connotations and represented something negative happening to them, very rarely do we see a cat’s name changing its prefix and suffix without something bad happening that would necessitate a change.

Thus, there’s also the possibility of a name being changed should circumstances require it, but its very rare and highly unlikely and not used very often.
So to close this article what do you think? Am I right and that really cats should be named whatever their parents want or think might be a good name (I mean that’s how they name twolegs after all), or am I totally off base and cats names should always be rooted in appearance no matter what?

71 Responses to "Naming Cats: This Appears to be Cool by Jetclaw"