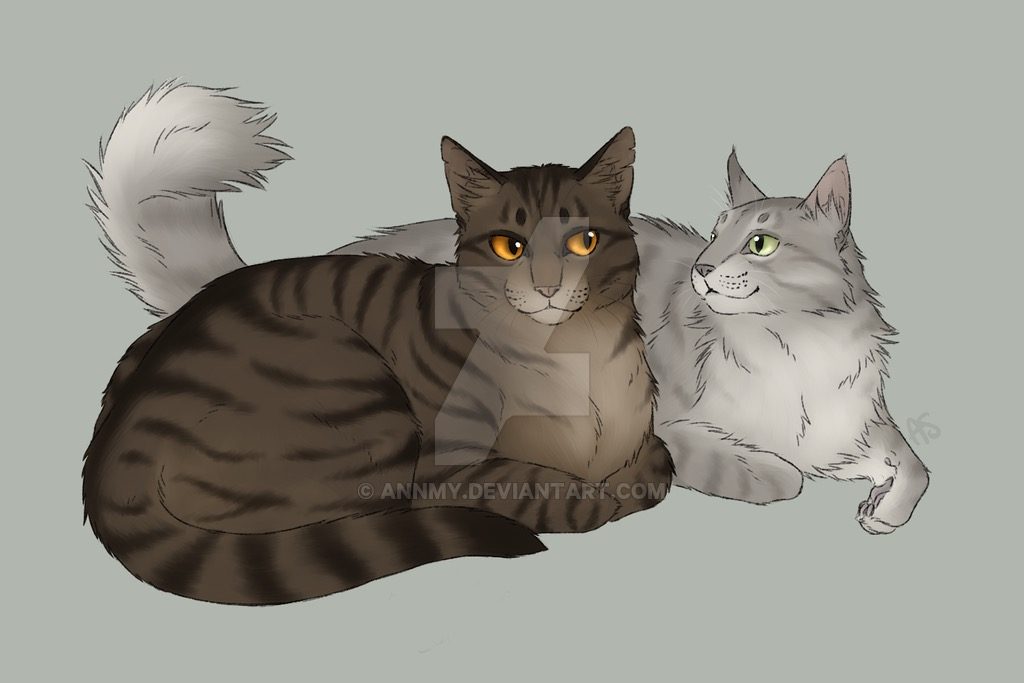 Okay, this is The stream egg with my first article!
I’m going to get straight to the point here:

10. Ferncloud and Dustpelt- even though they are related they are rather sweet together, and they both reallly care about each other. no more needed.

9.Dovewing and Tigerheart- DO NOT HATE ME. KEEP ON READING. I know lots of you think they are both SO immature, but honestly, they represent some couples in real life.

8. Mothflight and Micah- this relationship is really sweet and it has WAY better development than SOME PARTICULAR ONES (*coughcough*Spottedfire*coughcough*) and they are both characters I like.

7. Squirrelflight and Bramblestar- I love the way they argue and can still like each other and how they introduced a love triangle- two, in fact- Bramble-squirrel-ash and bramble-squirrel-Stormfur

6. Firestar and Sandstorm- this ship is best seen in Firestar’s quest, and it is well developed from the start- unlike SOME Firestar shippings.

5. Lionblaze and Cinderheart/
I don’t know why, but I just like them together. No explanation needed.

4.Sharpclaw and Cherrytail- even though we don’t see them together a lot, this ship is still developed and I was SO mad when they didn’t appear in Ravenpaw’s Farewell. Erin Hunter really should write a novella on this, or a SE from sharp/cherry’s PoV.

2. Cloudtail and Brightheart
I just love this shipping. No explaination needed.

LEAFPOOL AND CROWFEATHER!
This ship is the perfect warrior ship- The development, the drama, the fiction+plus-fraction-of-real-world, and how romantic- and it played a really important part in the story.

So that’s it! Hope you enjoyed it, and sorry if I offended any of you! This is the stream egg sinking!