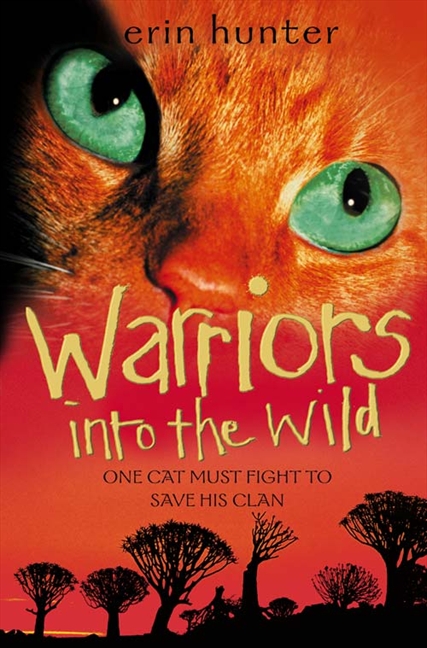 Guess what? I managed to sneak two BlogClan names into the first draft of Moth Flight’s Vision: I can’t say who they are yet because I don’t know if they’ll make it into the actual book. But I will give you clues so you can speculate. One name starts with H and one S. I chose these names in particular because they belong to loyal members of BlogClan and because are both names that don’t overlap with other names in the storyline. For example, you can’t have two Spiders or two Tails in a book. It’s too confusing to read.

So, enough gossip, here are some answers…. 😀

Have you and the other Erins ever considered writing an ebook//super edition on the legendary Clans; LionClan, LeopardClan, and TigerClan?

No, because I think they’re too mythical. I don’t see how we could have them in a story without it being seriously serious fantasy, and we like to keep our cats’ paws firmly on grass and leaves. Having said that, Vicky might be planning something as I write.

Why is Clawface in the Dark Forest? I don’t quite understand what he did to deserve the sentence of the Place of No Stars..

Lorks, who’s Clawface? I don’t even remember him. Which means he was a minor character, so we probably just put him in the DF because we needed enough cats there to make the threat scary. Yes, I’m sorry. Sometimes we mess with our characters just to make the plot exciting. *hangs head guiltily*

Do you know if there will be any more field guides? I absolutely LOVE those, so much new information in each one!

I’ll bet there’s one planned, but I’ve not heard anything official yet.

I have another one. Can we get names and descriptions of Dewy Leaf’s kits? And was Jay Frost one of her kits?

There aren’t official descriptions and it was never clear who Jay Frost’s mother was…I don’t want to make up descriptions for you because Vicky or Cherith may have their own opinions on it.

I hate to bother you with more Littlecloud and Cinderpelt stuff but I really just have to ask:

No more than for any other Clanmate. Perhaps they got along better than some, but I don’t think there was any romance.

Hey in The Ultimate Guide it mentioned that Jagged Peak will get a mate and have kits. Have we already met his mate or will she appear later?

She appears in the Blazing Star 🙂

74 Responses to "Kate Answers Questions: Firmly on Grass and Leaves Since 2003"